The main aim of TEXAS is to act as an umbrella organization to bring together the NRI citizens of Thiruvananthapuram under one roof in order to mobilize the combined strength towards the development of the district. 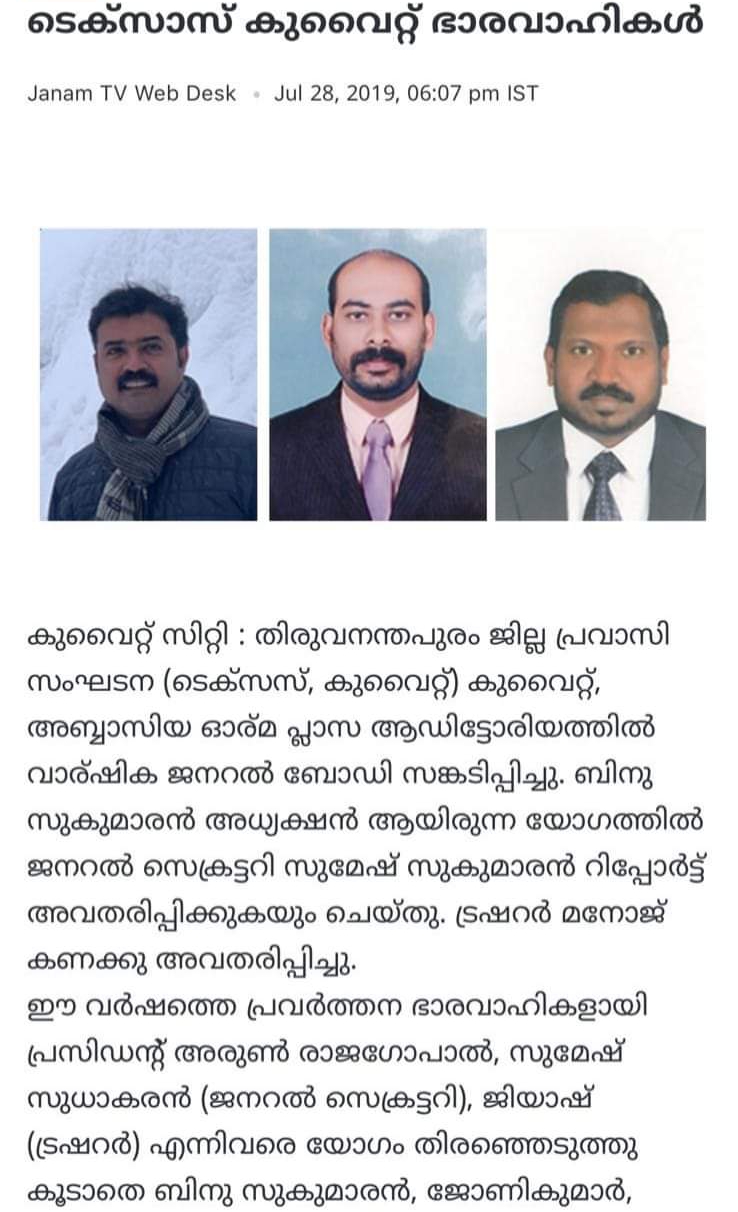 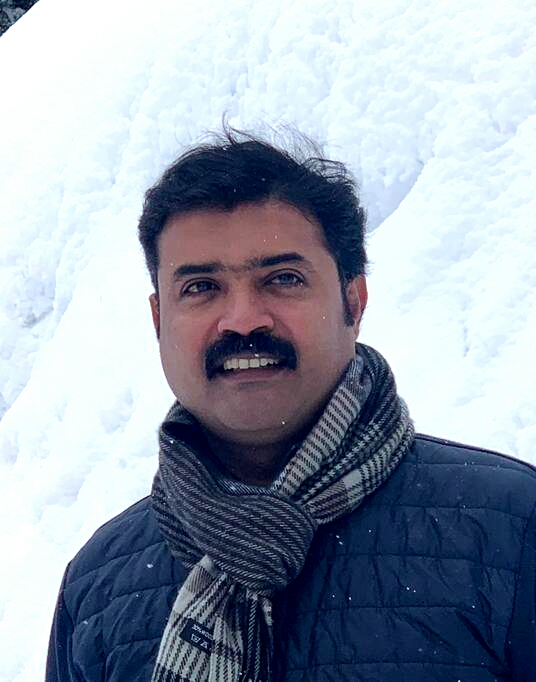 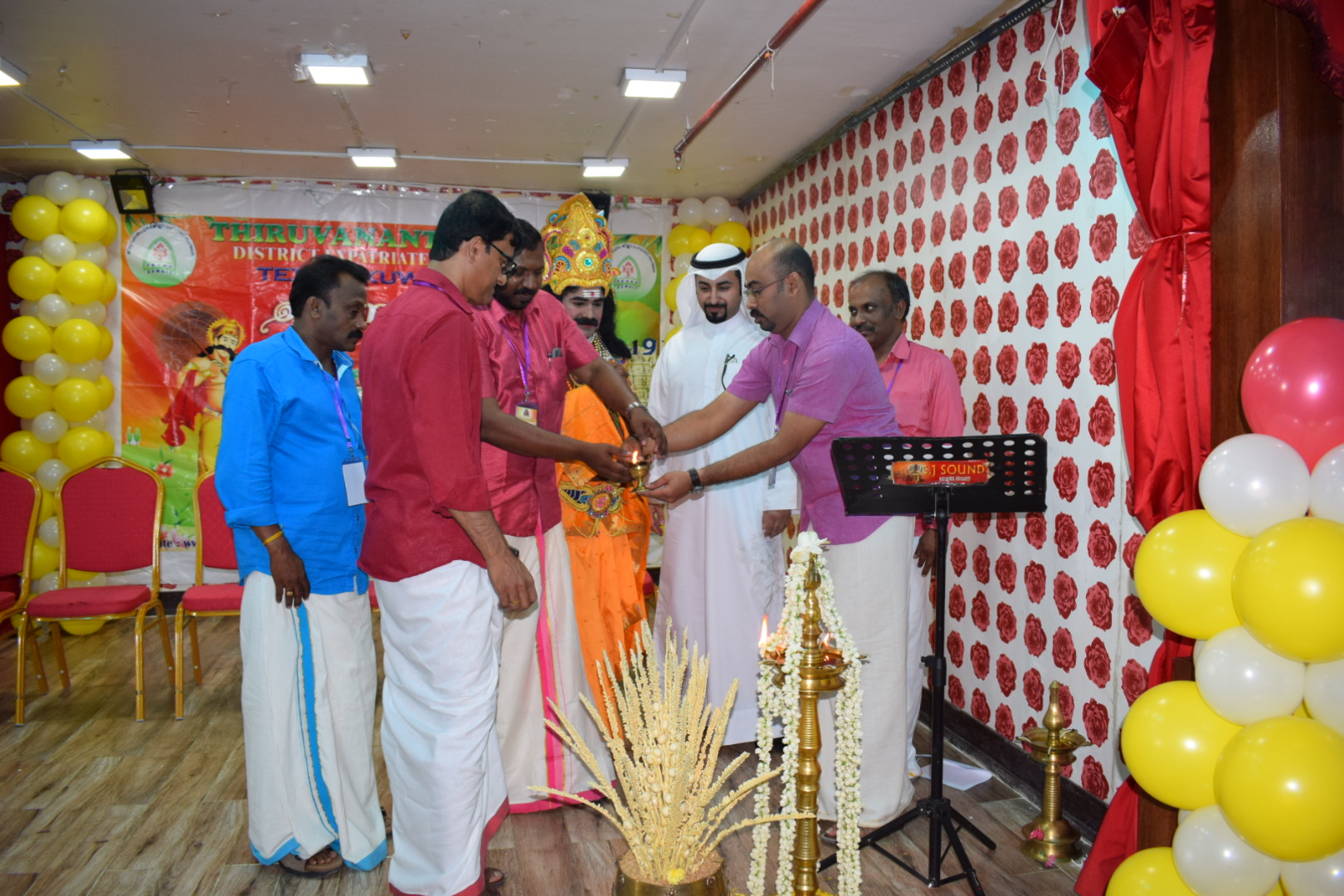 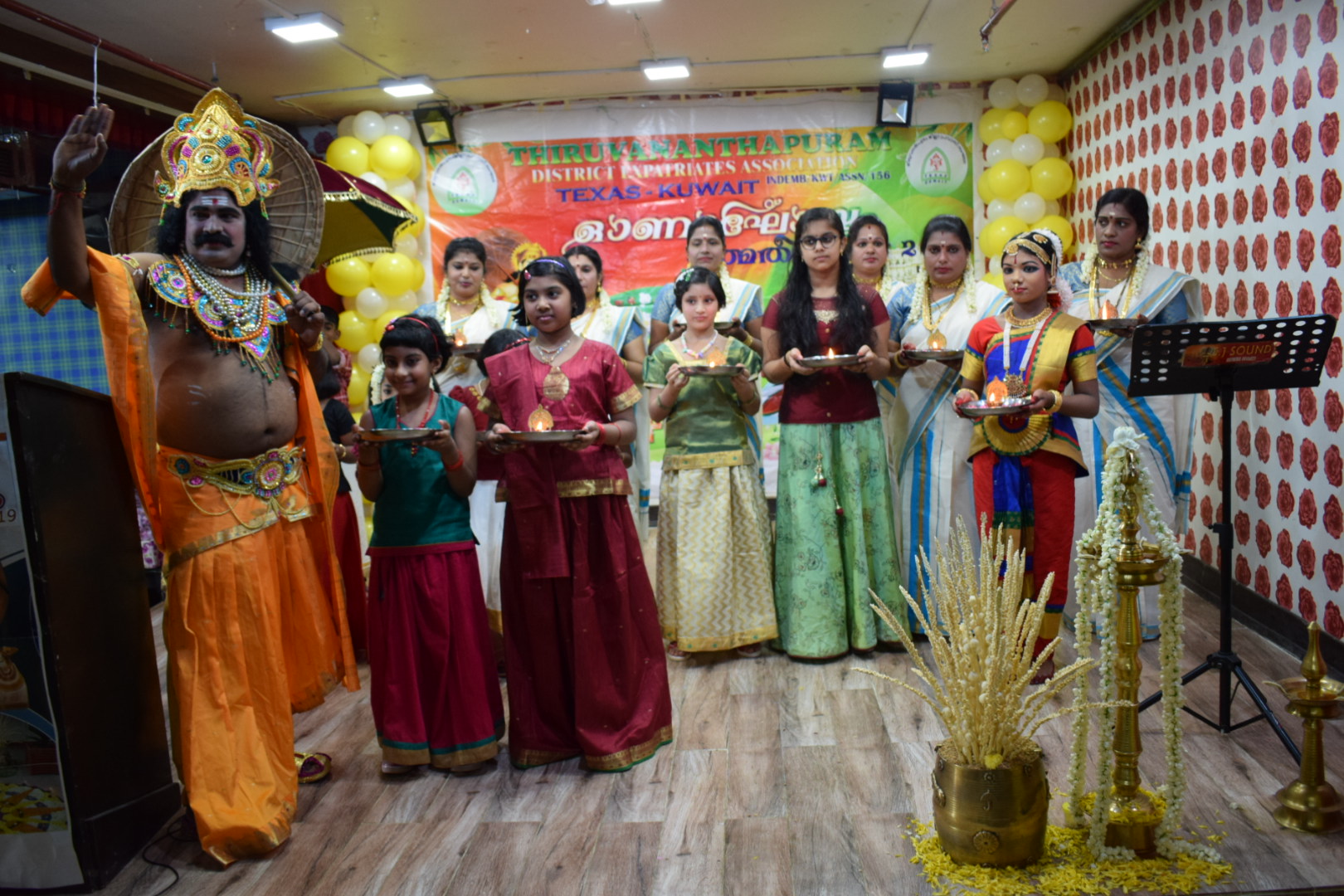 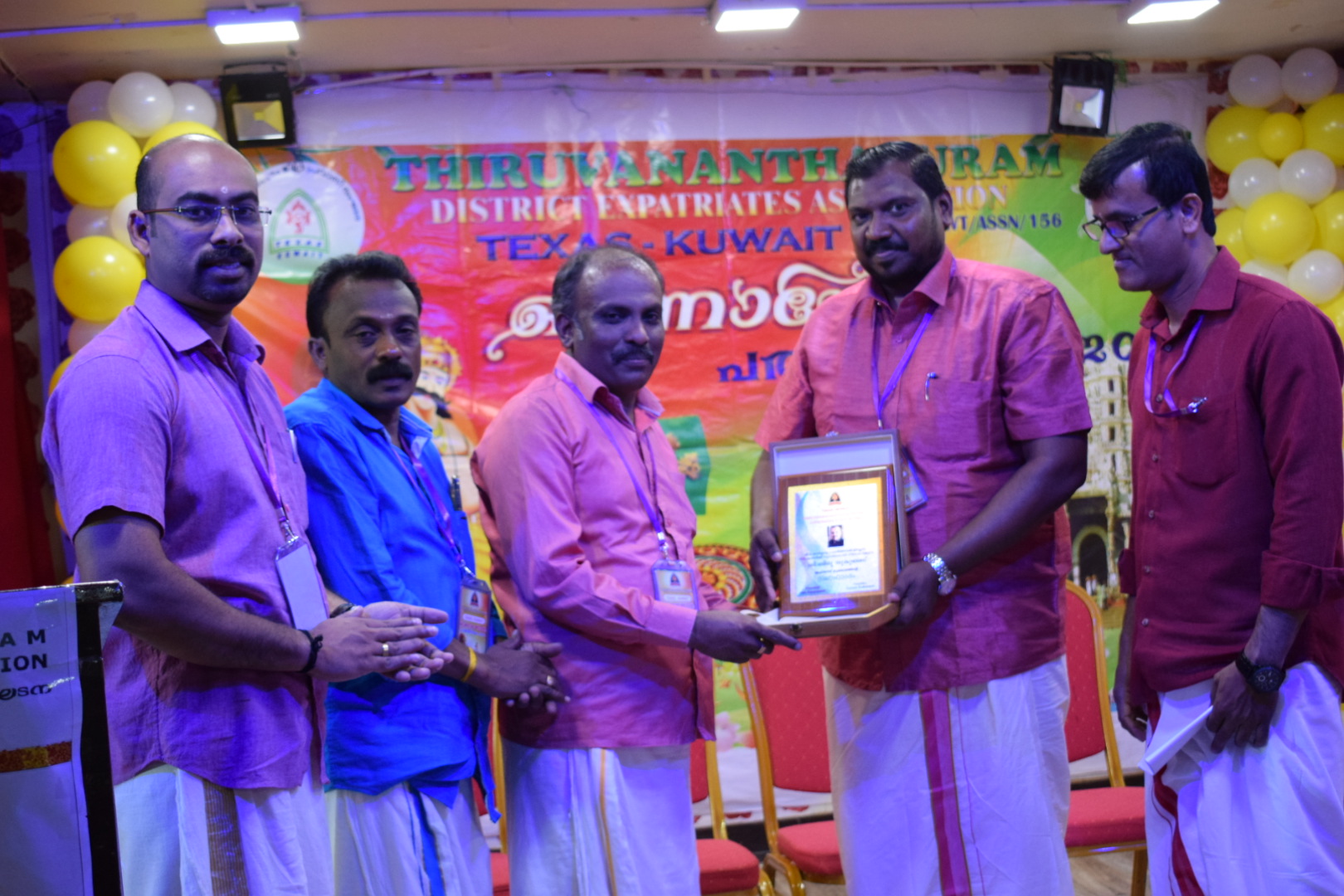 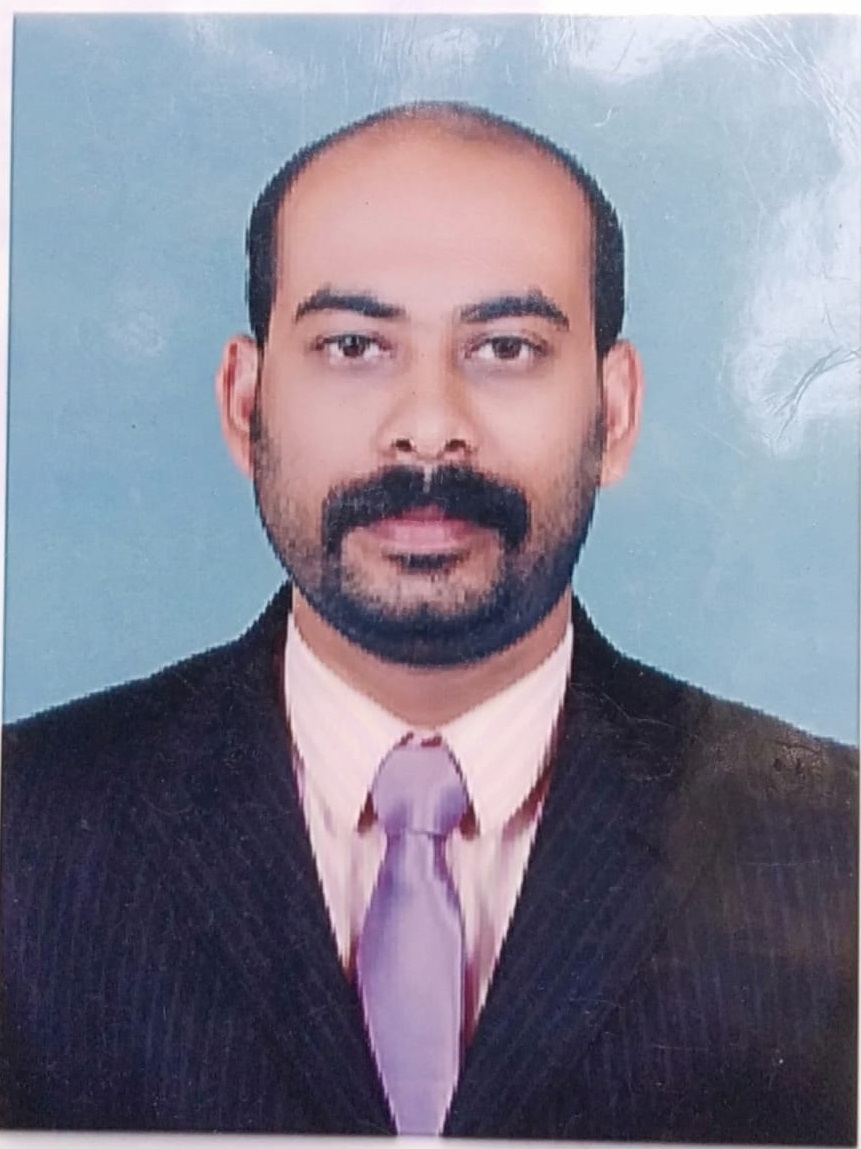 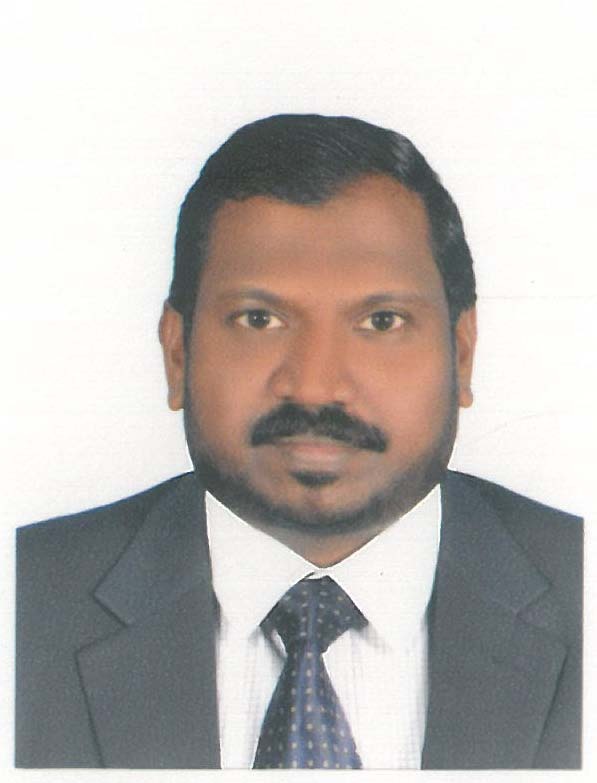 Thiruvananthapuram District Expatriates Association (Texas Kuwait) is a socio cultural organization in Kuwait formed by Thiruvananthapuram expatriates in the year of 2006.  In 2006 Honorable minister Mr Premachandran inaugurated the functioning of our organization in the presence of MLA MM Hassan and many other eminent personalities.Presently the activities are coordinated by a 20 member Executive committee headed by General Secretary Mr Sumesh Sudhakaran and President Mr. Binu Sukumaran. The Committee is also guided by an Advisory Board with Mr. Sebastian Joseph (Uyarangalil) as Chairman.It is a leading socio cultural organization in Kuwait focusing on the social and cultural activities of the expatriates from Thiruvananthapuram with no discriminations based on caste, creed or political affiliations.We are one of the premier expatriates association in Kuwait both in terms of membership and activities undertaken.

Thiruvananthapuram, also known as Trivandrum, is the capital and the largest city of the Indian state of Kerala. The city has a population of 957,730 inhabitants and a metropolitan population of 1.68 million, making it the most populous city and the fifth most populous urban agglomeration in Kerala. Thiruvananthapuram is a major Information Technology hub in India, and contributes 55% of Kerala's software exports as of 2015. Thiruvananthapuram is located on the west coast of India near the extreme south of the mainland. Referred to by Mahatma Gandhi as the Evergreen city of India, the city is characterized by its undulating terrain of low coastal hills. It is classified as a Tier-II city by the government of India.

Thiruvananthapuram is a major academic hub, and is home to the University of Kerala, the regional headquarters of Indira Gandhi National Open University, and many other schools and colleges. Thiruvananthapuram is also home to research centers such as the Indian Space Research Organization's Vikram Sarabhai Space Center, the Indian Institute of Space Science and Technology, and a campus of the Indian Institutes of Science Education and Research. The city is home to media institutions like Toonz India Ltd and Tata Elxsi Ltd, and is also home to Chitranjali Film Studio, one of the first film studios in Malayalam Cinema, and Kinfra Film and Video Park at Kazhakoottom, which is India's first Infotainment Industrial park.

Being India's largest city in the deep south, it is strategically prominent and hosts the Southern Air Command headquarters of the Indian Air Force, the Thumba Equatorial Rocket Launching Station and the upcoming Vizhinjam International Deepwater Motherport. Thiruvananthapuram is a major tourist centre, known for the Padmanabhaswamy Temple, the beaches of Kovalam and Varkala, the backwaters of Poovar and Anchuthengu and its Western Ghats tracts of Ponmudi and the Agastyamala. The city is ranked among the best cities to live in India. The city is also ranked as the best governed city in India. 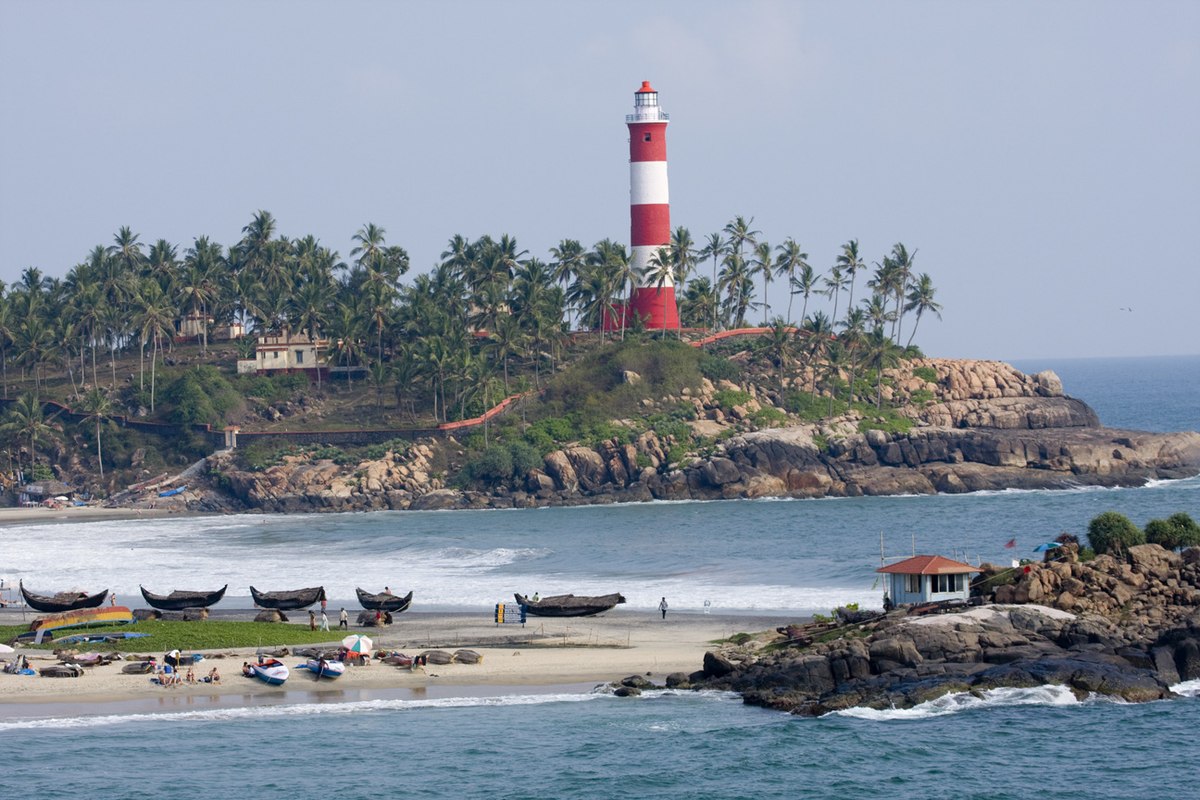 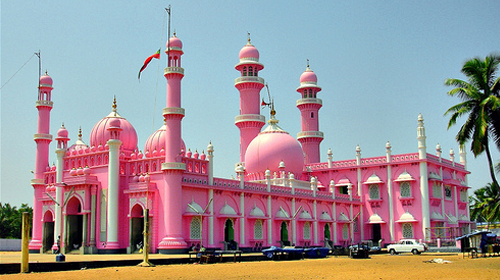 We will help find the perfect holidays for you!